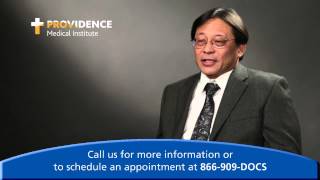 Dr. Low was born in Los Angeles and raised locally in the South Bay. He currently resides with his family in the Lunada Bay area of Palos Verdes Estates. After residency training in general surgery and otolaryngology, head and neck surgery/facial plastic surgery, he spent time at both Harvard University and USC studying Health Care Administration. He is Board Certified and a Fellow of the American Academy of Facial, Plastic and Reconstructive Surgery, and the American College of Surgery. Dr. Low is on the clinical faculty of the University of California, Irvine and has traveled to Asia, Europe, Africa, and South America and spends much of his free time in Hawaii. The Low’s have owned several AKC champion Keeshond show dogs and are supporters of the Greater Los Angeles Zoologic Association, the Zoologic Society of San Diego, the National Zoo, and the Canine Companions for Independence. Dr. Low has been very active on the Providence Little Company of Mary Medical Center staff and has been Chief of Staff, Chief of the Department of Surgery, Chief of Otolaryngology-Head and Neck Surgery, a representative of the Regional Providence Board, and Local Medical Society Board. Dr. Low had been voted as one the U.S. News and World Report top doctors in 2011, 2012 and 2013.